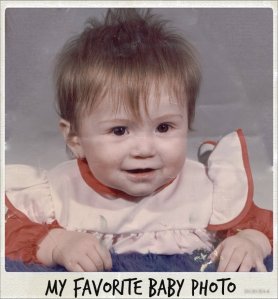 Everyone is the age of their heart.  ~Guatemalan Proverb

I didn’t do anything as gaudy as send myself a birthday bouquet but I am about to break a few social mores.  That’s right, I’m saying it, “Happy birthday, to ME!” and I’m going to post photos of ME, and I’m writing a blog about ME 🙂  But I hope you’ll give me a pass…mostly because I AM the birthday girl.

Okay, to be clear, I’m not trying to solicit birthday wishes and/or gifts…but I just had to share a few thoughts about turning “the year before THE year.”  What????  Doesn’t make any sense?  Well, check this out:  Most of us know that turning 40 it’s a pretty big deal…as in it’s a pivotal moment (and not necessarily in a good way.)  And while I won’t be 40 until next year (2015), I did have a friend tell me that (NEWSFLASH)  turning “the year before THE year” is actually a pretty big deal, too!  I had no clue.  39 is a BIG thing…really?  Since when?  I guess…since now.

39 has been called the “creepy-creeper” birthday.  This connotation suggests that 39 is both undesirable and sneaky? Maybe even a little scary?  Sort of like you’re walking along…minding your own business…when this dreadful number jumps out from behind the bushes and boldly states, “Warning.  You’re about to cross over into old age!”  Or something like that.  Supposedly, at 39 this is the last year that I can be considered somewhat “young.”  I’ve been told that I’ve now entered the final months where it’s even somewhat socially acceptable to wear my hair long, paint my fingernails any color other than matronly mauve, or wear jet black mascara (among a great big list of other taboo items.)  If there is a distinction in adulthood, apparently 40 is the line for women and so I’m left with this one little year in which to kick up my heels and behave accordingly.  365 measly days left to be young!  I can hardly believe it…it all went so fast!  Actually, I find all this to be pretty funny.  Funny for two reasons:  1) because I think when I was in my 20s that I actually believed these rules and 2) especially funny because in my heart of hearts the first number that pops into my mind whenever someone asks me how old I am has ALWAYS been 22!

Yes, I know.  It’s been a long, LONG time since I was 22, but you have to hear me out about this.  So when you’re a kid, you can’t wait to be in double digits.  10 is a BIG deal.  The next milestone age is 13, right?  Because now you’re a teenager.  Followed by 16…the year you can get your driver’s license.  The next biggie is 18…no curfew, you can vote, live on your own, etc.  And finally 21.  The BIG ONE.  That’s right…all the sudden you’re able to do all the things you’ve been told REAL grown-ups do. (?)  I know, we all know…most of them are very OVERRATED.  So when 22 rolls around you figure, okay…that’s it.  Nothing to see here people and I guess I just stopped counting after that.  Ridiculous, right?  I know…but that’s the house that I’ve been living in.  Sure it’s a crazy house, but it’s still MY house.

At this point, I’m sure you’re laughing at me and I’m actually laughing at myself, too.  It’s been ages since I’ve been carded, had a night life, or gone on any adventures that don’t involve having my two kids in tow.  I’m not up on the newest trends, nor do I drive a hot car, or keep up with the latest movies or music.  I don’t really do any of the things that would lump myself in a category with anyone who is actually 22, yet that’s still the number that sticks in my head.  I always imagined that someday I’d graduate to a new birthday number, but it just never happened.  So now that I’m turning “the year before THE year,” I thought I’d better do a little research and see what the hubbub surrounding the number 40 is really all about…I mean, since I don’t want to be caught off guard (again) and I’m headed in that direction anyway.

It appears that there really are a lot of resources out there concerning the Big 4-0.  Countless books, websites, blogs and articles about embracing the “new and improved” you.  As I enter “the year before THE year,” it might behoove me to start reading up on some of these expectations and societal norms.  Here’s what I’ve gathered from the headlines so far:  40 is magical.  40 has attitude…it’s called “fortytude.”  There’s also a rumor that 40 can be fabulous (but I caution you, there are a lot of caveats to this one.)  40 is the first year a woman can qualify as a “cougar.”  40 is something that needs to be figured out and faced…it also makes you fierce and a force to be reckoned with (don’t you love all the alliteration that comes with 40!)  You can also be fit and forty at the same time (who knew?)  For those who truly believe in stressing themselves out about the number 40, there are a few websites that offer up 40 things you should accomplish by the time you reach 40.  And, by the way… in case you haven’t heard, forty is the new “F” word.

That’s a lot for one girl to take in.

All of this aside, here’s where I’m at.  It’s MY birthday and all I really want to do is thank God for another day, another year, and another reason to celebrate life (while eating Dairy Queen cake, of course.)  I don’t really get wrapped up in all this aging stuff.  I’m sure the day will come when the wrinkles and the gray hairs will win out, when my body doesn’t cooperate like it used to, when people stop asking me just how old I really am (and just start assuming I’m OLD!)  Until then, I’m just going to keep chugging along…making up nonsensical songs with my daughter, teasing my son by repeating hip phrases that sound anything but hip when I say them, wearing my hair as long as I want to, and sporting nice, bright nail polish as the mood strikes.  I’m not going to worry about figuring out or facing 40 or even reading up on the 40 things to do before you reach this supposed milestone.  While society might find my lack of alarm annoying or unheard of,  I think the psychological term is called “self differentiated.”  That’s right…who says you can’t teach an “old dog” new words.  And by the way, I’m going to stick with the age 22 for the time being (especially since Taylor Swift makes it sound so fun!)  Sure I’m a long way from it (and you really couldn’t pay me to go back,) but mostly just because it’s a nice number and like I said before… I still have a house there.  (Sure it’s a crazy house, but it’s MY house.)