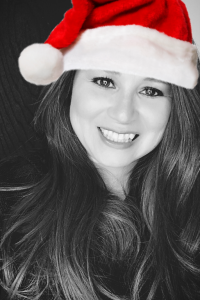 When you stop believing in Santa you get underwear.  –unknown

Okay, so I’m not really a member of the official Santa Claus family, but Christmas is my FAVORITE time of the year!  I am well versed in all the songs of the season, I know the “Code of Elves” verbatim and I’ve successfully completed several Christmas-themed Buzzfeed quizzes online.  So OBVIOUSLY I’m practically an adopted member of the Claus household!  As a self-appointed Christmas authority, I feel obligated to share these twelve little goodies with the planet to ensure you and yours experience your best Christmas yet!  In no particular order, I cheerfully present to you Anna Claus Holiday Must Haves…

A few honorable mentions to my list:  holiday cards, cocoa, caroling and Christmas parades!  They don’t call it the most wonderful time of the year for nothing.  Wishing you the Merriest Christmas!

I had this zany idea the other day…let’s make a snow day Harlem Shake video–and upload it on youtube!  What? Yeah, I know. It’s not exactly the sort of thing that pops into the head of a quiet midwest Mom (sometimes I even surprise myself.)  So, how does one arrive at the idea of a snow day Harlem Shake?  Glad you asked.  Let me walk you through it.

The whole thing started when I saw the Kansas Jayhawk basketball team’s Harlem Shake video.  A die-hard Jayhawk fan, I absolutely loved it and shared it with my kids.  They liked it.  Liked it?  That’s right, they liked it as in they watched it once and moved on.  Okay.  Mmmm, maybe this Harlem Shake thing isn’t exactly cool.  But it sure was funny and I soon found myself cruising youtube looking for more Harlem Shake videos.  Before I knew it I had watched a couple dozen videos (some good, some not so good).  Eventually, I decided to turn to everybody’s favorite source for information–Wikipedia–and find out more about these videos.  Turns out it’s this big web frenzy…complete with rules and criteria like masks, costumes, wielding objects and in some cases, very little clothing!  The whole things lasts less than one minute and I thought to myself…it might be fun to make one.  Of course, I never (ever) thought we actually would–but Mother Nature had a better plan.

Enter the big midwest snow storm!  Wednesday’s light snow and modest accumulations  (mixed with the weatherman’s doomsday overnight forecast) led us to cancel Wednesday night activities at church.  A relaxed night of Jayhawk basketball ensued (LOL that game was anything but relaxing!)  Word that school was cancelled for Thursday made room for a laid back morning and an additional 5 inches of snow created opportunities for some outdoor fun.  We could have headed to the backyard to build a snowman (I like snowmen), but blame it on the Jayhawks victory, their funny Harlem Shake video and the rare occurrence of a well-rested Mom and an idea was born.  I announced my plans over lunch.  No one was as excited as I was.

I headed to the basement to gather some props.  I explained the “rules” of the video to the kiddos and swore that it would take 5 minutes or less to create.  Still, no one moved.  I bribed them with the promise of hot cocoa and extra play time in the snow that afternoon.  They were slow to get moving, grumbled all the way out the door, and gave me blank stares when I directed them into the yard.  My son complained that the whole thing was embarrassing (and he’s an EXTROVERT) while my daughter moped and sulked in the snow.  Three minutes later we were done and they were FREE!  They couldn’t get to their friends fast enough and I was left feeling like the “uncool” Mom with the “uncool” idea of making a Harlem Shake video.

Fast forward to later that afternoon.  The video had been edited and uploaded.  I asked the kids to come see the finished product.  The smile that crept across their faces was priceless.  My children are hams at heart and love to see themselves on any screen.  They giggled.  They asked me to play it again.  They laughed at themselves, laughed at each other and of course, laughed at their parents.  I linked the video to my Facebook page and we laughed together throughout the day as family and friends liked and commented on our video.

We were surprised this morning to see that our video had more than 60 views on youtube…for today’s “plugged in” kids that’s a pretty big deal.  Our snow day Harlem Shake video was the buzz at the only hill in town worth sledding on–which means… this little family project just might be labeled a success, that as parents we aren’t that lame and out of touch and finally, that for once (yes once),  I just might be a cool Mom.

No one in this world will ever love you like your Mom.   author unknown